Building Tomorrow’s Future: Together We Can

A former trial paralegal, I returned to school in 2009 needing a change.  I was living in Edinboro, Pennsylvania, so it made sense to enroll at the nearby college well-known for teacher education.  There was a shortage of math teachers, particularly at the middle school level.  I signed myself up but noticed during student teaching the influx of English as a Second Language students in the City of Erie all desperate for help.  When I asked how to help them, I was directed to a scholarship program at Penn State.    Thus, I was enrolled at two universities simultaneously....Whew!  Upon graduation, I took the first job offered to me which just happened to be in ENL.   Little did I know I had finally landed in the career I had been groomed for my whole life!  All those younger years of  traveling everywhere taught me about the frustrations of living in other countries and not being able to speak the language.  I also learned the process that enabled me to learn quickly.

After 5 years of travel-teaching in rural NW Pennsylvania, I decided to hang-up my mobile classroom/car and settle into a full-time job.  I learned about the position at JPS, and I found my destiny!  This is my third year at Washington Middle School, and I couldn't be more satisfied with my career (which is really just a more dignified way of saying I LOVE IT HERE!!!)  I teach ENL in the 12-1-1 contained classrooms and also for 7th grade.  I just moved to Warren, PA, to be closer to the school that I love, and also to the Allegheny National Forest where I hike.

I am sometimes called the "chicken lady" since we hatched chicks in my room two years ago (and will again this year!)  I am a breeder of seramas, a tea-cup size variety of chicken.  I look forward to sharing the joy of peeps in the classroom for many years to come! 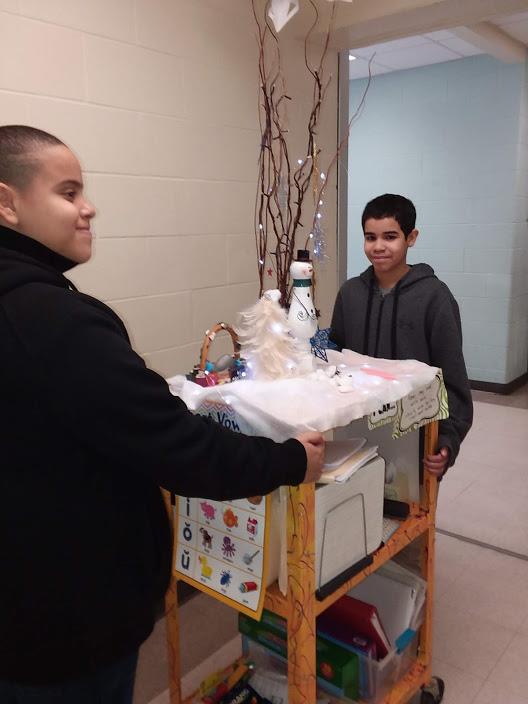